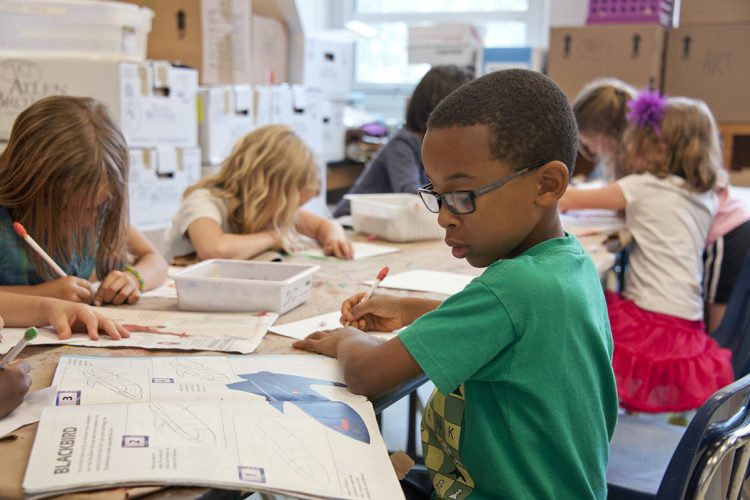 And Why the Behaviorism Approach Fails

I recently asked parents to share their experiences of their young children getting in trouble at school for “ADHD behaviors” in my Facebook Parent Support group. I was overwhelmed with responses. Here are a few:

“My kindergarten child was getting lunch detention because he could not ‘think ahead’ and control his impulsive behavior around other kids due to his ADHD.””

“My son’s teacher took his lunch with friends away from September until February. When I found out it was going on that long, I pulled him out of that school.”

“My child’s kindergarten teacher complains about things my child does – and when I try to explain that I think the “behaviors” are linked to impulsivity and anxiety, she disagrees and says my child is just ‘manipulative’.“

“The color behavior charts are an absolute disgrace to kids regardless of neurotype. They turn neurotypical kids into elitist tattletales and neurodiverse kids into insecure and wounded humans.”

There were stories of children as young as 5 getting suspended and expelled, kids receiving “walking tickets” in place of recess, and children being afraid to tell their parents they were isolated and struggling at school.

I am positive that these scenarios are repeated across the country in schools every day.

It seems rather obvious at this point, but I must ask it anyway: if what the teachers and administration are currently doing to manage (read: control) ADHD behaviors is not working, why do they continue to do it? Why are they employing outdated, behaviorism informed, kid defeating methods that don’t even work for the children with the most challenging behaviors?

I believe that the answer is simple: they do not know of another way. I’m going to address that argument later in this article.

Let’s say that is not the case. Let’s say that they are aware of other methods. Why not change? There may be a few answers to this one, but they are also simple: one or a few teachers may be an outlier to the “old school” ways and convincing colleagues seems like an overwhelming task. This is the “we’ve always done it this way” mentality. Another reason may be that implementing new policies and procedures with hundreds if not thousands of children take time and resources. Another explanation may be born of fear or uncertainty. While the current system is not working, who is to guarantee that a 180-degree shift in thinking will work? What if they lose classroom control? What if a lack of behavior chart or reward system leads to complete anarchy?

To those concerns, I respond with my favorite Maya Angelou quote: “I did then what I knew how to do; now that I know better, I do better.” I would also encourage schools to embrace a growth mindset, just as they would like their students to do. Being uncomfortable with major change leads to improvement and growth over time.

We don’t ignore new evidence, new science, and a better way just because it is inconvenient or potentially costly. So, if we know better, I believe that we have a mandate to do better. The cost of doing the same things that are not working for ADHD behaviors will be much greater in the end.

There is a paradigm shift occurring among professionals in the way that we view kids who demonstrate challenging behaviors. It has unfortunately not reached everyone yet. Some are still clinging to the mistaken view that just insisting harder will make kids behave. Or that taking away a valued privilege or even a regular school day occurrence like recess or lunch with friends will sufficiently motivate kids to do better.

We know from child psychologist Dr. Ross Greene that kids do well if they can. If they cannot, they are lacking some crucial skills such as executive functioning skills, the ability to regulate and manage their body cues, communication, or social skills. It benefits kids to do well when they can, and when they struggle, what we see on the outside are stress behaviors. Dr. Mona Delahooke describes those behaviors as adaptive, even if they don’t benefit the child who has adopted them. The child has learned maladaptive coping skills and uses them to get through stressful situations. That might mean “acting out” in class to get sent to the principal and expelled, when in reality the child is having difficulty with focus, impulsivity and emotional control. That might also look like schoolwork refusal, when the child is struggling with any number of things: the feel of the pencil or paper, the desk, their itchy clothing, the lights or noise or smells in the room, feeling the need to move but not being able to, their difficulty with thinking of what to write or being able to mechanically form letters or numbers, their hunger or fatigue or other body cues, their emotions brought from home. We can call these observations “ADHD behaviors” and believe that the child is being purposefully manipulative, or we can see them through a new lens. We can see them as clues to what is happening within the child’s body, how they are thinking, and what skills they may be lacking in order to meet adult expectations.

Dr. Stewart Shanker, author of “Self Reg” says, “See a child differently, and you see a different child”.

We need only to look to ourselves to understand that human behavior is a complex process coming from cues from our body systems including duration and quality of sleep, exercise and movement, nutrition, sensory regulation, feelings of safety and security, connection and more. It is so much more than an “antecedent”, meaning, what happened right before the behavior occurred.

The simplistic “ABC” model of behavior supposes that the majority of behavior is learned. The antecedent (A) leads to a behavior (B) which produces a consequence (C). The A and the C are supposed to give us information about the function of the behavior.

Dr. Stephen Porges proposed the Polyvagal Theory in 1994 to link physiology to behavior. Others have taken his theory and built a neuroscience-based approach to understanding behavior and developing tools to help parents, teachers, and children themselves be able to listen to what their bodies are telling them. Forget about that behaviorism informed ABC model (or save it for your dog training). Humans are moving on!

One of the core manifestations of ADHD, especially in younger children, is behavior struggles in school and at home. Many of my colleagues are starting to speak out against behavior-based approaches like the color clip charts or daily behavior assessments like Class Dojo. I am adding my voice to theirs. These systems don’t work for the kids with the most challenging ADHD behaviors. Other tactics, such as taking away treasure box, Fun Friday, field trips, lunch with friends, recess, screen time, free reading time or any number of other potential “punishments” similarly fail. If they did work, we wouldn’t still have these statistics:

The charts – and everything else mentioned – are carrots at the end of a stick that can never be caught. Most neurotypical kids will be able to follow the rules and meet adult expectations sufficiently. Given that the incidence of ADHD is about 10% (https://www.cdc.gov/ncbddd/adhd/data.html), we can expect that 2 -3 children (or more) in each classroom, will struggle.

These are the students who need adult help. Not punishment, not motivation, not cheerleading. Real help.

If there are three or four kids who need additional reading help or math help, nobody hesitates to provide it. I am talking about kids who need help with their emotional control, impulsivity, attention, and possibly other executive functioning skills, so they have the best chance of success in the classroom.

So, what is a teacher to do without the clip or behavior chart?

I work with kids in home, not at their schools. I have limited influence over my client’s teachers, the school methods, and the entire system. I aim to change that over time, but for now, I will offer you, as parents, these things you can do at home to help with ADHD behaviors.

If you are a parent reading this, pass it along to your child’s teacher. If you are a teacher, pass it up to your principal and administration. These are REAL issues that we – all of us – can impact. Think of it as a parent-teacher-student partnership toward the true goals of school: learning in both the academic sense and the “softer” skills of life: social skills, emotional skills, communication, conflict resolution, and more.

I have added a consulting arm to my practice, called KE4L Consulting. I am available to meet with school leaders and teachers and help them move toward a better system of helping children with challenging behaviors. I can be reached at kidsempowered4life@gmail.com. 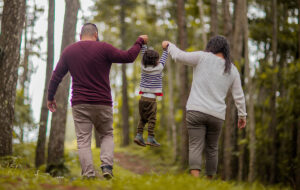 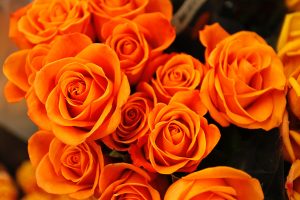 Self-Care for Parents of Children with ADHD 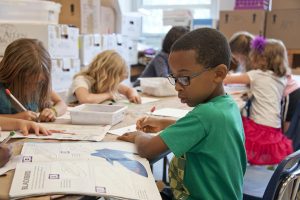